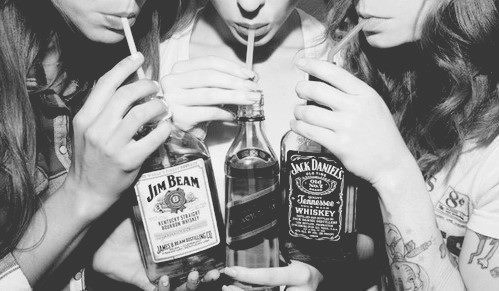 A new study finds that for the first time in 15 years, the world’s alcohol consumption is in decline – that is everywhere… but America.  Turns out, Americans are a bunch of drunks!

According to new research released by Euromonitor International, consumption of alcoholic beverages saw a drop by 0.7 percent in 2015. This is the first decline seen by the firm since it began monitoring figures in 2001.

Although other countries are seeing a decline, the U.S. is going strong in the alcohol consumption, buying 30.6 billion liters of alcohol in 2015—up from 29.8 billion liters in 2014.

What is driving the up in consumption?  Common theory is the rise of micro-breweries and an insurgency in the sale of whiskey, tequila and mezcal who all have been seen steady increases in the last few years, are the main drivers in consumption in North America.  Outside of North America, Vodka still drives worldwide sales.

So do as you’ve been doing and go get yourself something to drink, but remember to drink honorably.

DUEL DRINKWARE INC. is a design house for drinkware and drink accessories. We offer design for printing on all types of glassware, custom shaped design and unique products.

We are DUEL DRINKWARE and our existence is based on trying to find the right glass, the right style, and the right attitude to make sure when you duel, you look beautiful. We say to you: Cheers and Drink Honorably.